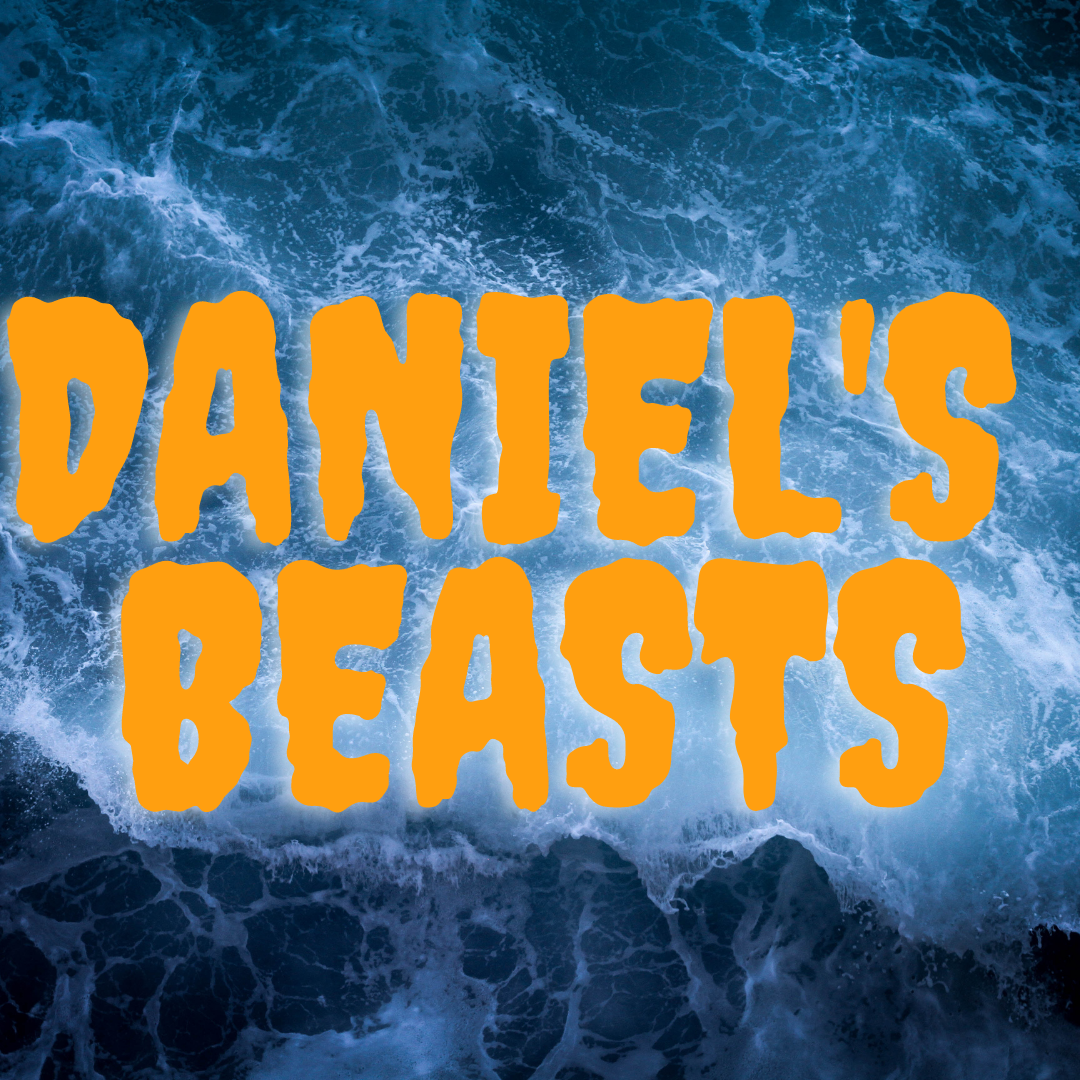 At our October Session meeting, I shared with the elders a devotion from Daniel 7. Daniel 7 keeps coming to mind as I think about the political landscape this fall and the swirling questions over how faithful Christians should interact with politics. Who do you vote for? Who do you vote against? What issues are most pressing for Christian voters?

These are serious questions for Christians. And every Christian should prayerfully consider them.

But Daniel 7 suggests there is something even more serious at stake this fall.

Daniel 7 reminds me that I'm tempted to believe that the greatest political issue is who becomes the next president.

But it’s not. Daniel 7 explains.

Daniel 7 opens in vv.1-8 with this horrifying picture of four beasts rising out of the sea. They’re ugly. They’re terrifying. In biblical theology, the sea frequently represents disorder and chaos. Here in Daniel 7, the sea belches up monsters that spread their chaos on the world. And these monsters represent the political dynasties of this world. Daniel’s point is that governments tend to become beastly and un-human.

So, don’t put your trust in them.

Don’t direct the hearts of your children and grandchildren to trust in ugly, terrifying beasts. Daniel’s message throughout his whole book is that those who trust in political dynasties (or political parties or presidents) become beastly just like them. Remember the story of Nebuchadnezzar in Daniel 4? It didn’t turn out so well for him: he became a beast.

Hope seems lost in Daniel 7 until the Ancient of Days and “one like a Son of Man” show up (see Daniel 7:9-14). Within seconds the Ancient of Days kills the final beast and then gives dominion and glory and a kingdom to the Son of Man. The language “son of man,” is simply a way to say, “Truly Human.” In other words, there is one who is truly human in contrast to the beasts.

And who is that?

We might be tempted to say, Jesus! But wait just a minute…before we jump to Jesus, we need to read on in Daniel 7. In the second half of the chapter, an interpretation of the vision is given to Daniel. And here is what is especially interesting. In Daniel 7:14, the vision had first said,

"And to him [i.e., the Son of Man] was given dominion and glory and a kingdom, that all peoples, nations, and languages should serve him; his dominion is an everlasting dominion, which shall not pass away, and his kingdom one that shall not be destroyed.”

But now, at the end of the interpretation of the vision, Daniel 7:27 states the same thing, yet this time the Saints of the Most High are substituted for the Son of Man:

“And the kingdom and the dominion and the greatness of the kingdoms under the whole heaven shall be given to the people of the saints of the Most High; their kingdom shall be an everlasting kingdom, and all dominions shall serve and obey them.”

The one like a Son of Man represents the Saints of the Most High, that is, the people of God.

And who are the people of God today? The Church.

See, when Jesus came in the Gospels and called himself the Son of Man, he was saying that he was True Humanity – instead of a beast. And all those connected to him can participate in being more truly human than ever before.

There are many, many complexities to Daniel 7, and many unanswered questions. But here’s what is relevant for the political season we live in right now:

the most important politic on earth is the Church.

Who becomes president of the United States is very important. I don’t deny that (so, go vote!). But even more important is whether the people of God, the Church, will show the world what true humanity looks like…in contrast to the beastly tendencies of all governments on earth.

The greatest truth for us from Daniel 7 is that the Ancient of Days rules; his kingdom will last forever. His kingdom knows no threat, not even from the four beastly monsters. This is true today. The kingdom of God, as displayed through God’s people in Christ, will stand.

And no president or political party can change that fact.

Just finished the Daniel study from She Reads Truth. This is very timely, and a good addition. Thanks.

Thank you for the timely & helpful insights!