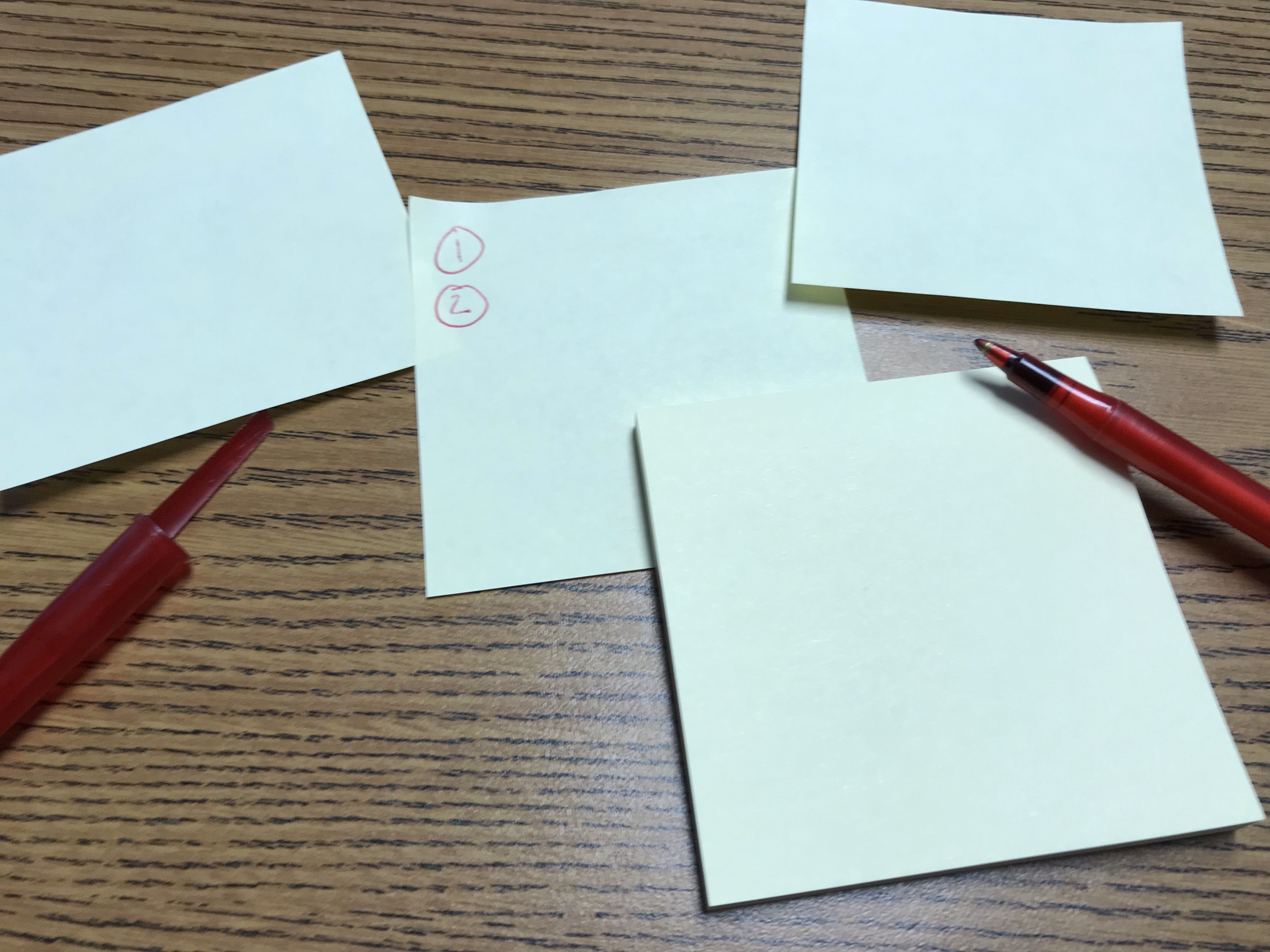 I have a student - let’s call him Karl - who’s a bit fidgety in choir class. A few weeks ago he asked me if he could bring something with him to rehearsal, something that would keep his hands busy and help him concentrate. I agreed, thinking he had a fidget spinner or something. So when he showed up with a pen and some Post-Its, I was intrigued, but I let him keep them. After all, when has a kid ever gotten up to no good with a bunch of Post-Its? (Don’t answer that.)

Unsurprisingly, the Post-Its didn’t help him control his physical impulses. He didn’t seem to be paying attention to anything at all. His arms and legs were all over the place and he kept bothering the students around him. At the end of class he came up to me, as he often does to ask me how his behavior had been. By that point I was ready with a mental list of things he needed to stop doing. Before I could start lecturing him, he held out a Post-It and said, “Here’s your bill. That’ll be $200.”

I looked at the Post-It and saw a detailed list of exactly what had happened during our 40-minute rehearsal - what I had done, what the students had done, everything all neatly written down and numbered. All this time I thought he’d been ignoring what was going on around him, when he was actually taking detailed notes.

I didn’t have $200 on me, so fortunately Karl said I could set up a payment plan. I told him how impressed I was that he had noticed and written down everything that we did. “But,” I said, “I’d much rather you DO these things with us than write them down. You’re a part of our team and we need you doing all these things with us.”

Any time I read the Bible, I want to know everything that God is doing. God’s actions and words reveal God’s character, and so it is good to study them. In fact, I’m taking an online seminary degree because I want to know God and His Word more deeply. Knowing more about God brings me joy. The more I know Him, the more reasons I find to love Him.

But knowing lots of things about God is like sitting in a choir rehearsal and writing down everything that’s going on. You can’t please Him by noticing lots of things and carefully organizing your thoughts. God tells us about His works because they make claims on us. We are to shape our lives according to what we learn. And we do that in a community, the church. Our brothers and sisters in Christ need us to walk alongside them.

I love to learn new things about God. But I invite you to hold me accountable for what I do with what I learn. It’s not for me to sit on until the end of my life, when I present it to God and expect payment in return. It’s to make my heart and life more like my Lord’s.

What a great reminder. Thanks, Sarah.

I have been praying about a way to talk with someone about the importance of committed church membership (as opposed to mere attendance). This is a wonderful word picture. Thanks for sharing!

Sarah,
Thank you for taking a life experience and bringing glory to God through it. It is like a movie that is based on a real story. For me those movies are usually the best ones. I can guarantee that each time I see a post-it note, I will remember your interaction with "Karl" and the great privilege I have to share with others the mighty works of our great God.

The Joy of Christmas

A Review from Sing! Conference 2019