Of Whom the World Was Not Worthy 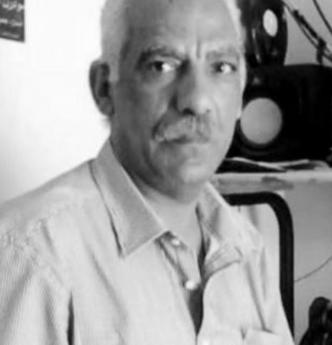 Nabil Habashy Salama is to be counted among those "whom the world was not worthy" (Heb 11:38). The devout Coptic Christian in Egypt died this week at the hands of his kidnappers. You can read his story here and here.

What captivated me was the message that his son, Peter, released about his father's martyrdom:

in their efforts to have him abandon the faith, they humiliated my father, and broke all his teeth to torture him. Yet, through all this, he held on, and we are so joyful for him

This is normal Christianity.

Nabil was a devout Christian businessman in Egypt who used his financial prosperity to help fund Christian activities, such as building the local church in his town. But he paid a price for his devotion, the ultimate price one can pay in this life. Refusing to turn his back on Jesus, militants kidnapped him, tortured him, and then shot him to death in the Egyptian desert.

...some were tortured, refusing to accept release, so that they might rise again to a better life. Others suffered mocking and flogging, and even chains and imprisonment. They were stoned, they were sawn in two, they were killed with the sword. They went about in skins of sheep and goats, destitute, afflicted, mistreated - of whom the world was not worthy - wandering about in deserts and mountains, and in dens and caves of the earth. (Heb 11:35-38)

The Christian East is in mourning right now, and we should join them, for they are our brothers and sisters in Christ. When one suffers, we all suffer. But we also join them in being inspired to be more faithful to Jesus, more faithful to the way of the cross, more faithful to a Christianity that is rooted in centuries of following Jesus even to the point of death.

Pray for me to embody this cross-following kind of Christianity.

And I will pray the same for you, too.

I woke this morning to my own trial but God quickly led me to James 1:2-4. I pray that the example of my brother in the Middle East will spur me on to obedience and faithfulness. Thank you for sharing this hard story with us.

Michael,
I have just begun to memorize Hebrews 11. Verse 4 said about Abel that "thorugh his faith, though he died, he still speaks. This can be said about Nabil and is certaily the legacy I want to leave.

It is so difficult to identify with the loyalty; and endurance of this kind of persecution........and yet does not Jesus call all of us to count it all joy to suffer for His Name’s sake. Am I ready?

Michael, thank you for this blog. This is very humbling. I can't even imagine.

WOW!!! Michael THANKS for sharing that information. Words are hard to share a this moment.