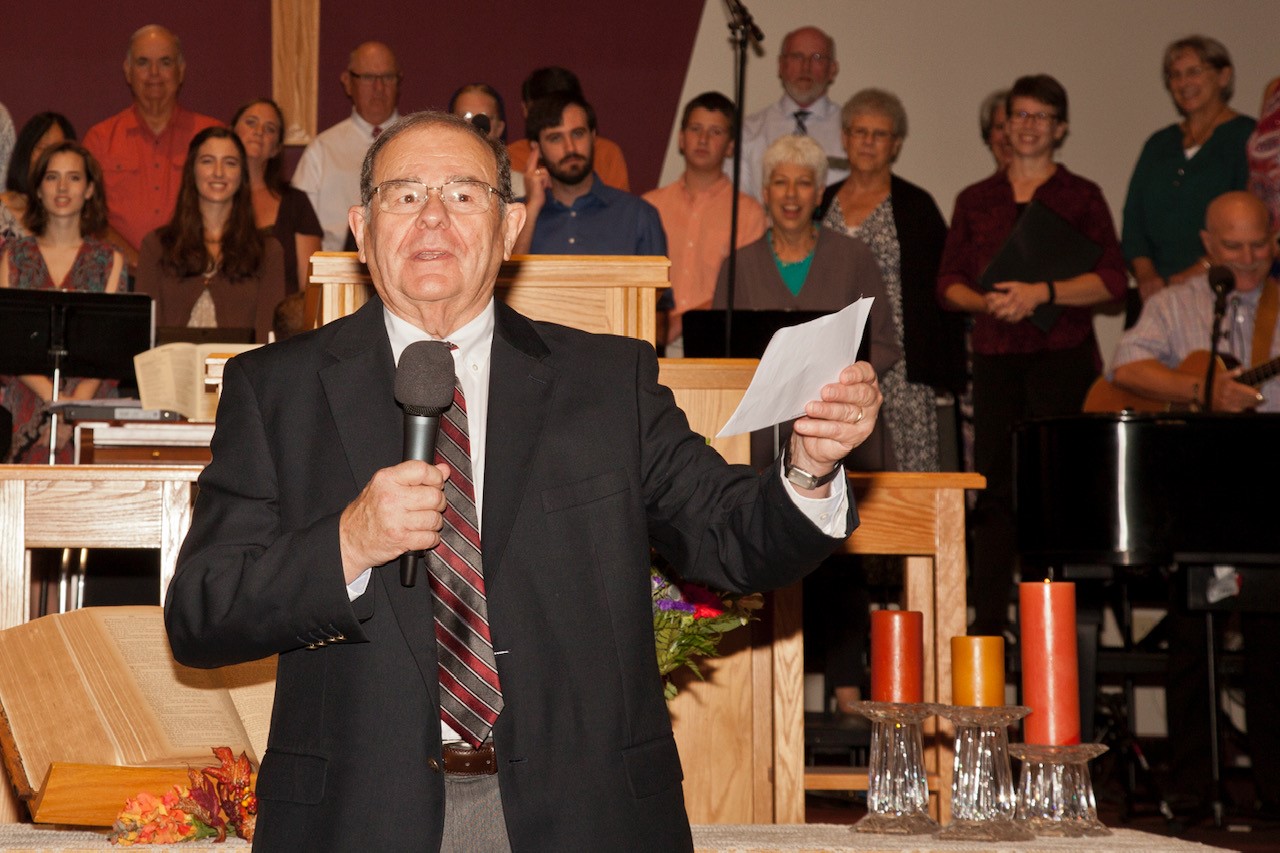 As Rich Lanning so eloquently put it Sunday during our worship service, “It is right to give honor where honor is due.”  He was referring to the bestowing of the distinguished honor of Pastor Emeritus to our former pastor, Reverend Glen Francis.

Glen was one of the four original pastors when the Evangelical Community Church (ECC) began in 1996.  He is credited for not only bringing continuity in our church, but for taking us from non-denominational status into the Evangelical Presbyterian Church (EPC) denomination.

Having previously served as a missionary himself with his wife, Diana in Taiwan, he was very instrumental in ECC’s establishment of financial support of missionaries overseas, nationwide and locally.

However, Glen’s impact went far beyond missions.  He went straight to the point of touching folk’s lives in the here and now.  He met you right where you were.  If Glen knew you were in pain, whether it be physical, emotional or spiritual, he was right there beside you, walking you through the circumstances.  He was more than a pastor delivering a message; he lived out that message through humility, grace and love.

Thanks Glen for being Jesus with skin on and teaching us how to treat and love one another.

When God Allows You to Walk through an Experience

On This Memorial Day