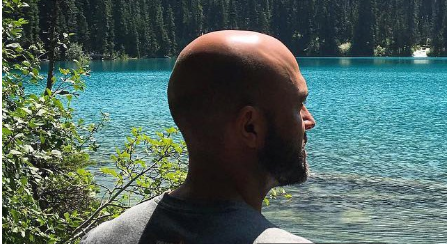 Roughly two weeks ago, Joshua Harris, former evangelical pastor and author of the bestselling book, I Kissed Dating Goodbye, made the following bombshell announcement on his Instagram page:

We’re writing to share the news that we are separating and will continue our life together as friends.  In recent years, some significant changes have taken place in both of us. It is with sincere love for one another and understanding of our unique story as a couple that we are moving forward with this decision. . . .

This was followed up with a clarification:

. . . I have undergone a massive shift in regard to my faith in Jesus.  The popular phrase for this is “deconstruction,” the biblical phrase is “falling away.”  By all the measurements that I have for defining a Christian, I am not a Christian. . . .

This is a stunning and extremely sad development for the evangelical world.  There were at least two ways in which Joshua Harris became a standard bearer.  He was a standard bearer in the area of preparing for marriage in a more biblical manner, what came to be known as the courtship movement.

He was also a standard bearer of the beneficial results of Christian homeschooling. For these two reasons, Harris’ impending divorce and rejection of his Christian faith are especially troubling.  It also appears that his wife, Shannon, is moving away from evangelical Christianity as she has added the hashtag #exvangelical to at least one of her instagram posts.

A little background.  Joshua and his brothers were homeschooled their entire lives.  They were part of the 1st wave of the homeschooling movement before it really became a mainstream option.  At age 21, Harris wrote his book on dating that went on to sell close to a million copies.  His book was extremely influential within the evangelical world. He has continued to write and publish books.  At age 30, Harris was named the Sr. Pastor of the prestigious Covenant Life Church in Maryland, stepping into the shoes of C. J. Mahaney the former Sr. Pastor.  Within the evangelical world, Joshua Harris was a rock star.

Harris became a poster child for Christian homeschooling and biblical dating.  This is where Harris becomes a cautionary tale. It is so very tempting to conclude that if I prepare for marriage in a certain way, i.e. courtship, or if I homeschool my children and protect them as much as possible from worldly influences, then I will secure a happy marriage or then I will ensure that my children will walk faithfully with the Lord.  Harris was the standard bearer for biblical dating and Christian homeschooling, a leader within the evangelical world, and he is spiritually lost (at least for the time being).

To be clear, we do need to maintain biblical morality and wisdom in the world of dating. Much of what Harris advocates in his book on dating is right on.  We do need to raise our children in the Lord providing them with a thoroughly Christian education (though this can be done in different ways). But with that said, we can never turn certain practices or movements into a formula for success, or worse, an idol in which our trust is in some program of behavior rather than a simple heartfelt trust in the Triune God to work His will and save.  This is a heart issue. What are we trusting in? Anything other than God in and through Jesus Christ is sand.

Editor's Note: For two good reflections on the departure of Joshua Harris from the Christian faith, see on The Gospel Coalition's website On Caution and Keeping: Friends Reflect on Joshua Harris's Deconversion, and Albert Mohler's reflection, The Tragedy of Joshua Harris: Sobering Thoughts for Evangelicals