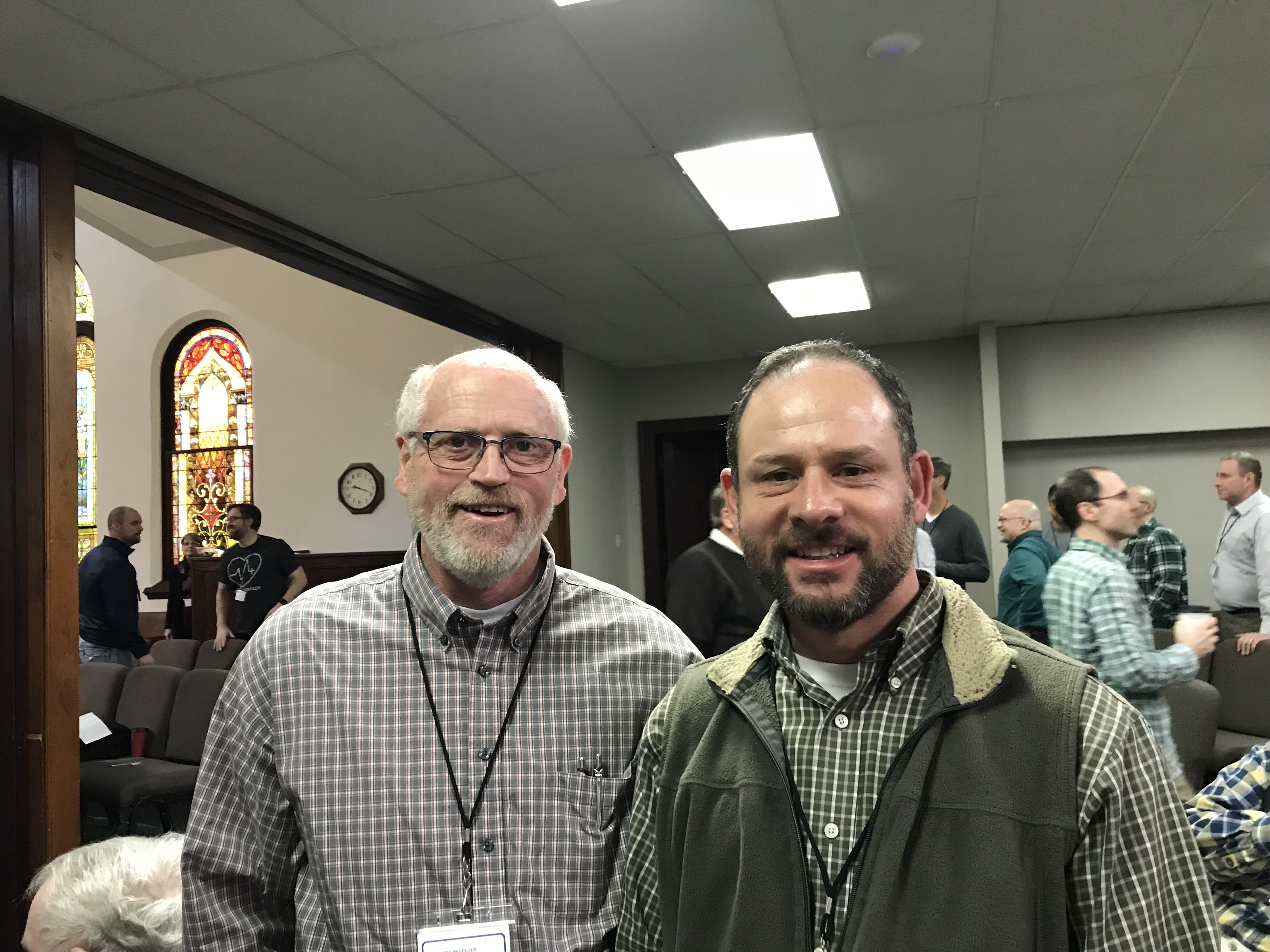 Three times a year the Presbytery of the Midwest meets over two days to conduct training, business, and worship.  Our Presbytery includes more than 50 EPC churches located in Indiana, Michigan, and the western half of Ohio.  Local EPC churches are expected to send their ministers (officially referred to as teaching elders) and ruling elders, as representatives.  Our presbytery assembles in February, May, and September each year.

I have to confess, that when it comes time to attend these functions, I often think of the meeting more as a chore than a blessing.  It is a lot of time to commit, usually requiring an over-night stay in another city.   But then I go and I come away being thankful and deeply encouraged.

The Presbytery is one of the ways, perhaps the most significant way, that we are connected to the happenings within the broader denomination.  We get a sense of what God is doing in and through other churches.  Time at Presbytery also gives us some insight into the challenges and difficulties that other churches are facing—and usually it makes me appreciate anew how much God has blessed us at ECC!

This past February 15-16, the Presbytery gathered at First Presbyterian Church in South Charleston, Ohio, just northwest of Dayton near Cedarville—relatively close.  Joining me were Elder Harvey Landholm and my wife Christy.   I would guess there were roughly 125 presbyters and observers in attendance.

At this meeting there was a seminar/report on church planting, two previously ordained ministers were examined and approved for ministry, and a new candidate shared his call to ministry.  We listened to a prerecorded message from Jeff Jeremiah, Stated Clerk of the General Assembly.  Descending overtures concerning changes in the role of Certified Lay Pastors were approved.  We enjoyed worship services on Friday and Saturday.  There were several missionary updates including a Skype interview with Sam and Krista in central Asia, and there was time set aside for networking and prayer.  On Friday, we also break for a shared dinner meal with one another and this gave Christy and me the opportunity to catch up with Pastor Glen and Diana Francis.

One highlight for me was a presentation by Commissioned Lay Pastor (CLP) Luke Potter, a young man with his PhD teaching at Notre Dame University while simultaneously planting an EPC church in South Bend, IN.  Luke spoke from Daniel as a springboard from which to describe his “Dispatches from the Front.”  From Daniel we learn two paradoxical truths.  On the one hand, “Kingdom building is harder to resist than we think” because God has committed to build his kingdom and nothing can stop Him.  On the other hand, we learn that “faithfulness is harder to embody than we expect” and “fruitfulness is harder to quantify than imagined.”

Luke described the challenges of planting a church in an economically challenged and ethnically diverse community.  It is an opportunity for both joy and heartache.  Missions work in a pagan situation, like Daniel’s is very slow.  By the time we get to Daniel 4, decades have passed and the only convert to speak of is King Nebuchadnezzar.

Similarly Luke, who has had multiple people in need stay with him in his home, told the story of a homeless woman, Rhonda, who came to stay with his family.  She stayed for 8 or 9 months before deciding to go and live with an abusive boyfriend.  Not long after, Rhonda returned to Luke’s home.  The church hired her as a part-time ‘hospitality intern’.  They found a one-bedroom efficiency for her.  After two months, she suddenly left and disappeared—no word from her.  Then after a time, she just showed up at their worship service the Sunday before the Presbytery meeting with cuts and bruises.  Luke concluded, “We don’t know how Rhonda’s story will turn out but we cry out, ‘How long O Lord, how long?’”

Luke described ministry as ‘slow’, ‘small’, and ‘full of failures’.  His message was a challenge for all of us in attendance to follow Jesus whole-heartedly and without conditions.

My feeling coming away from our Presbytery meeting is that we are part of a great denomination and blessed by outstanding leaders.

Rich, I enjoyed reading your assessment of the meeting at South Charleston. I also have written a review of the meeting for my fellow Ruling Elders at Mt. Olivet PC in Trenton. I enjoy going to our meetings, learning about God-driven activities going on regionally, nationally, and internationally, and feeling refreshed afterwards. I had forgotten Luke Potter's account of Rhonda - very powerful. Thanks again for providing your perspective.

Rich,
A well written summary of our last Presbytery. I fully agree with you that I always come away so excited at what God is doing. And it is always great being with you and Christy. Thanks Rich

Thank you for sharing your thoughts with us. As usual, you are honest and truthful in your assessment or the situation being discussed. We share the same thoughts as to our being blessed by our attending ECC. Mine came to me while on the Holy Land trip. I found your blog most interesting. Thank you.