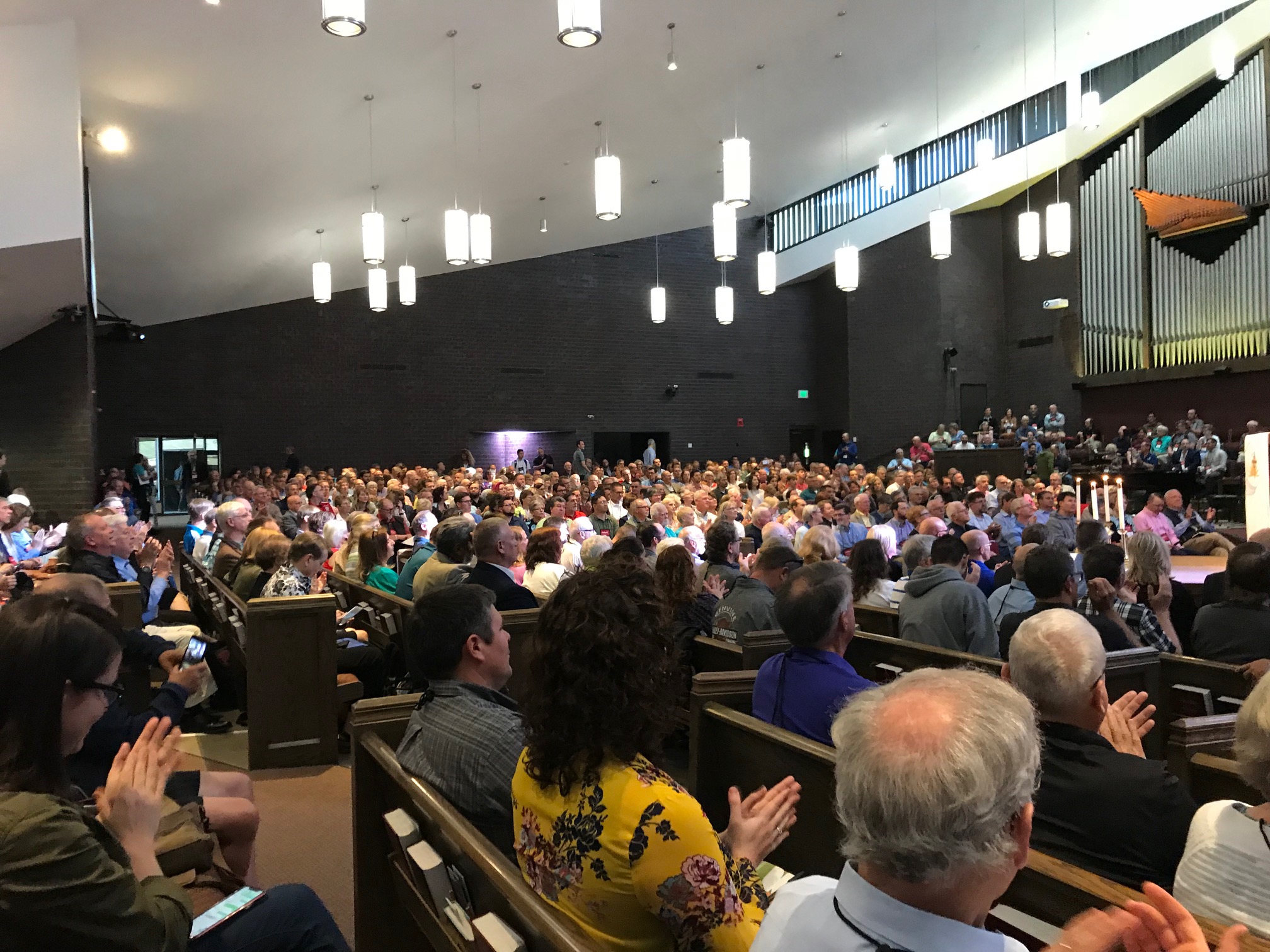 This year, the EPC General Assembly (GA) met in Denver, CO at the Cherry Creek Presbyterian Church.  The GA is an annual gathering of ministers and ruling elders representing the 600 local churches across the country that make up the EPC.  It is a time of ministry workshops, keynote addresses, worship services, commissioning of new missionaries, denominational reports, standing committees, deliberation of motions, and lots of informal conversations with other pastors and ruling elders.  For me, the GA is usually a refreshing experience and this year was no different.

Our Stated Clerk, Jeff Jeremiah, who is the highest official of the EPC, announced that he will stepping down at the end of 2020.  A search committee has been formed to find a replacement.  Dr. Jeremiah has served in this position since 2006 and has provided the EPC with strong leadership through many tumultuous years of receiving new churches from the PC(USA).

As part of his closing remarks he exhorted us to not lose sight that people need Christ.  Their eternal destiny depends on their coming to a saving faith in Jesus.  He challenged us to grow in our sense of urgency to be in prayer for the lost, for the revitalization of churches, for church planting, and for the next generation of leaders.  He added, “I am unstoppable in seeking the Lord on this matter.”

For me, the highlight of the GA was hearing from Andrew and Noreen Brunson.  Andrew spoke at length twice and was joined by his wife for a question/answer session.  Andrew’s story is raw, honest, and powerful.  He became one of the most prayed for individuals in the history of the church as a result of his nearly two years of Turkish imprisonment.

Both Andrew and Noreen thanked all the people profusely for their prayers.  They believe that these prayers are continuing to be used by God for blessing in bringing Turkish people to Christ.  Out of 80 million people, Turkey only has 5000 – 6,000 Christians. 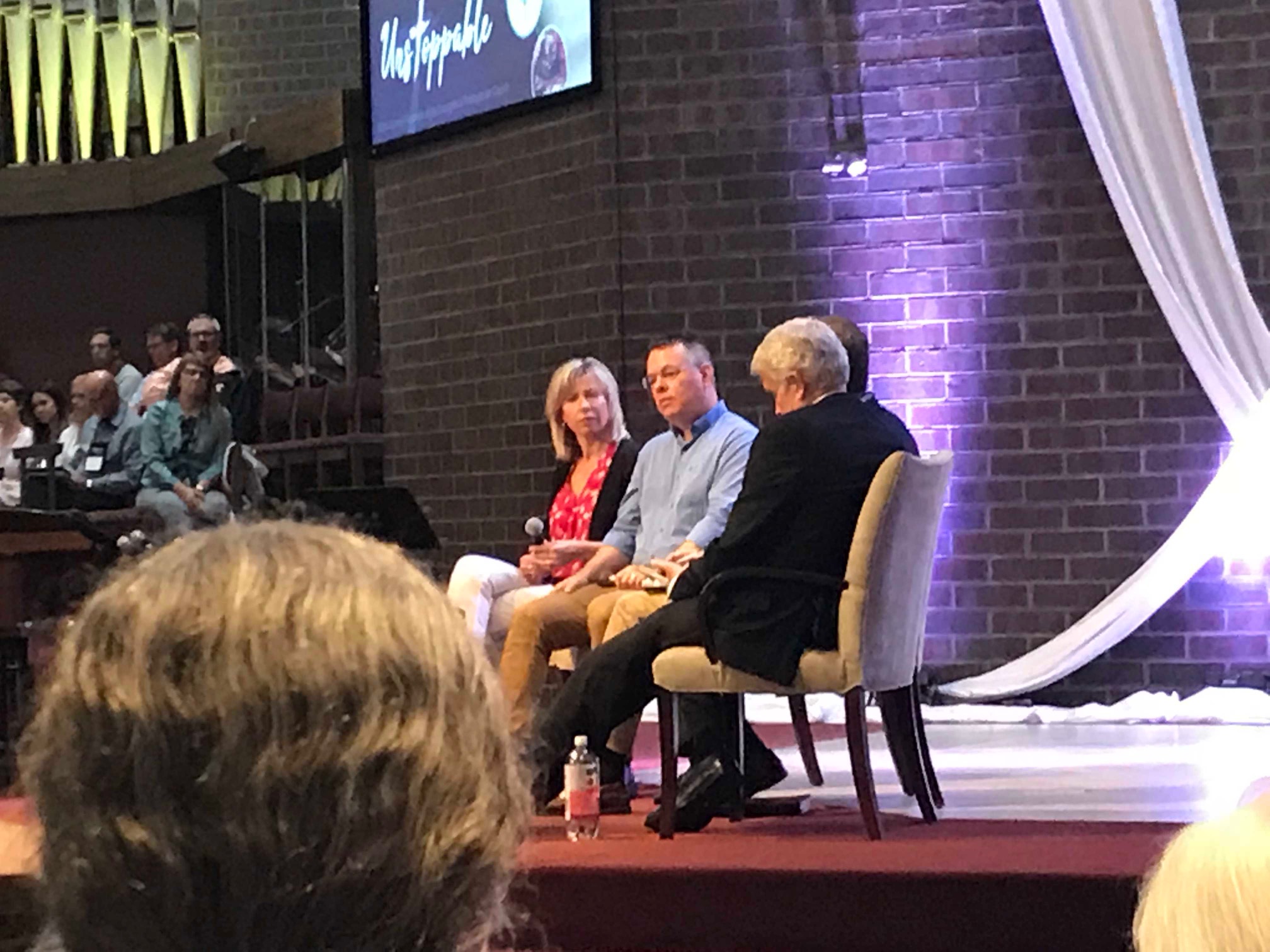 Andrew and his wife had served for many years as missionaries in Turkey when Andrew was suddenly arrested on various trumped up charges (like working to divide Turkey and helping to set up a Kurdish state).

He spent the first 50 days in solitary confinement without anything to read or write.  At first he had a sense of God’s presence and this was a comfort.  But it dawned on him that the Ottoman’s had suffocated Christianity from this land and that this was what was happening to him.

He began to lose a sense of God’s presence.  Doubts and fear soon welled up in him.  He learned that the charges against him could result in 3 life sentences.  His heart sank.  He cried out to God but God was silent and would remain silent for much of the next two years.  His experience was not like the experience of other Christians whom he had read about.  His was an experience of abandonment and he recalls that around the 1 year mark he was a broken man—despairing of life.  He would rather be in heaven than waste away in prison for the rest of his life.

In the second year, the Lord began to rebuild him.  He describes mentally placing his doubts and questions in a locked box that only he or God could unlock.  When doubts resurfaced, he would remind himself that they were put away.  Over time he was given a Bible, but the words did not seem to speak to him, though the mere presence of Scripture was a comfort.

But then God had a question for Andrew: Will you pass the test?  Will you continue to love me even in the darkness?  He was reminded of Joseph and Moses in the OT who had each experienced severe testing from God.

Andrew knew in his heart that the answer to that question from God was ‘yes’.  Even if God continued to remain silent, Andrew would continue to love God with simple faith and devotion.  This deeper truth welling up inside of him was a critical victory.  Isaiah 50:10b became his heart verse,

Let him who walks in darkness and has no light trust in the name of the Lord and rely on His God. (Isa 50:10)

Andrew was released from prison on October 12, 2018 and was immediately returned to the United States.  He is still recovering from his ordeal.  He said that his doctor accurately described him as Post Traumatic Stress minus the Disorder.  If you are interested in learning more, Andrew has written a book that will be coming out soon, God’s Hostage: A True Story of Persecution, Imprisonment, and Perseverance.

Once again, I came away from the GA feeling encouraged and thankful to be a part of the EPC.

Mourning at the Temple