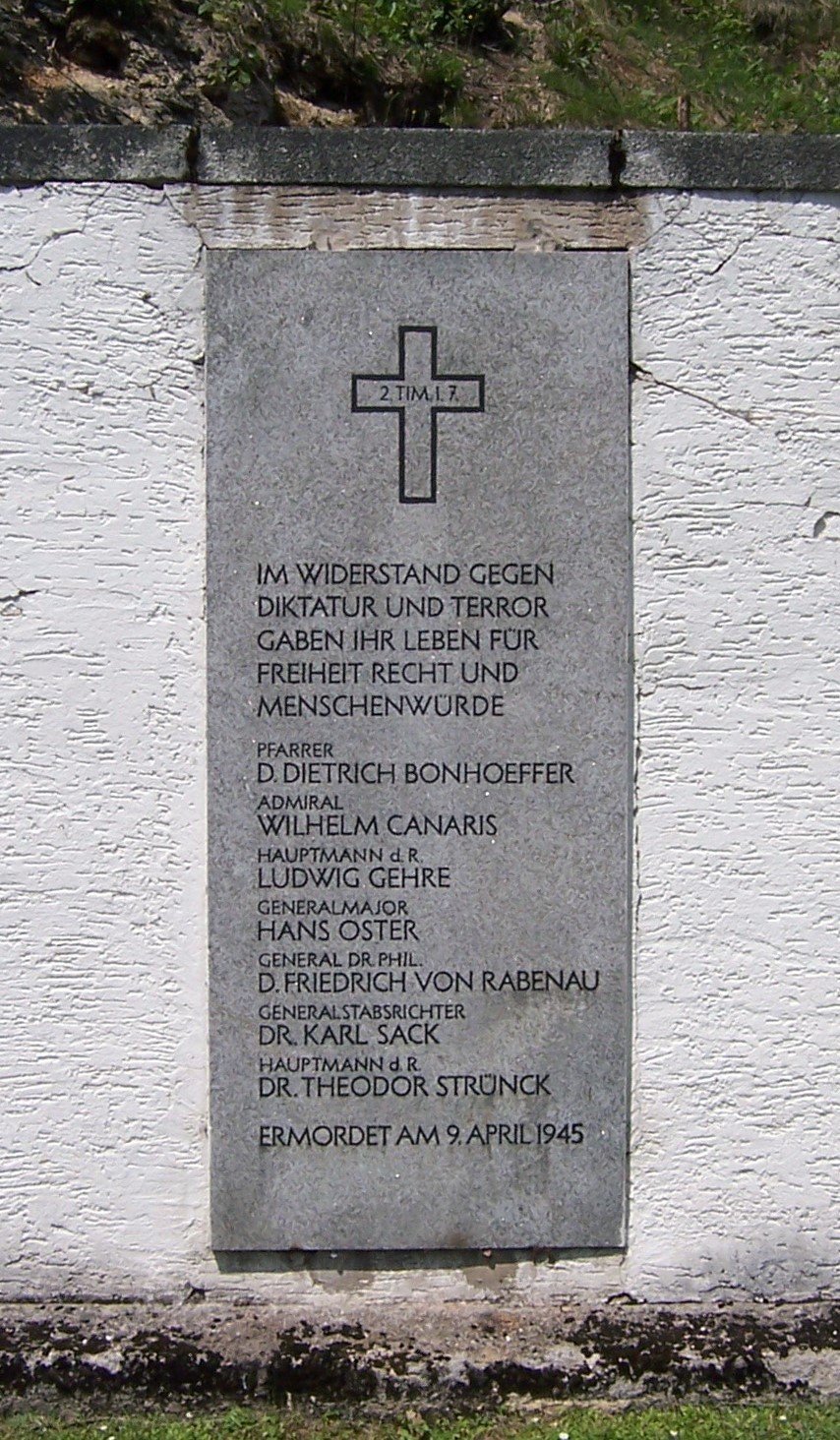 On this date, April 9, in 1945 Dietrich Bonhoeffer was put to death by Nazi guards at the Flossenbürg death camp. They hung him. Bonhoeffer, who stood up with his Christian convictions, refused to submit to the idols of the Nazi regime. And it cost him his life.

I have been crucified with Christ. It is no longer I who live, but Christ who lives in me. And the life I now live in the flesh I live by faith in the Son of God, who loved me and gave himself for me. (Gal 2:20)

Indeed, I count everything as loss because of the surpassing worth of knowing Christ Jesus my Lord. For his sake I have suffered the loss of all things and count them as rubbish, in order that I may gain Christ...that I may know him and the power of his resurrection, and may share his sufferings, becoming like him in his death, that by any means possible I may attain the ressurection from the dead. (Phil 3:8-11)

There is a famous account of the camp doctor describing his experience watching Bonhoeffer as he went to the gallows:

“I saw Pastor Bonhoeffer … kneeling on the floor praying fervently to God. I was most deeply moved by the way this lovable man prayed, so devout and so certain that God heard his prayer. At the place of execution, he again said a short prayer and then climbed the few steps to the gallows, brave and composed. His death ensued after a few seconds. In the almost fifty years that I worked as a doctor, I have hardly ever seen a man die so entirely submissive to the will of God.” (taken from The Dietrich Bonhoeffer Institute)

Next to maybe C. S. Lewis,  for me Bonhoeffer is one of the most influential Christian writers from the 20th century. I encourage you to read him, learn from him, and follow Jesus like he did.

Here are a few good starting places with his works:

The Cost of Discipleship

And of course, there are countless biographies. There is also a fantastic Radio drama put out by Focus on the Family.

i think for some people it is hard to really grasp what bonhoeffer did, he willingly laid down his life for god no questions asked when all he had to do was pray/submit to some idols. the fact that he would rather have taken being executed then simple praying to some idols is such an unbelievable and powerful image we should as christians today should all strive for

After Easter, I need to get The Cost of Discipleship back out. Thanks for the challenging reminder of a man who still, years after his death, encourages us to love and good works.

Mourning at the Temple

A Word of Hope

Goodnight from the Lyons Home

A Prayer on the Coronavirus