The Long Way to Arrive Here. 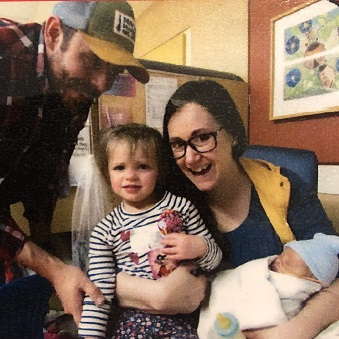 My name is Christy Yankey and I am delighted to be the new Office Administrator here at ECC. Joyce has been a fantastic mentor and her faithfulness to the church is evident. She is irreplaceable in this role; however, she has also worked diligently to make sure that I have all the tools I need to do this job well. I am grateful for Joyce’s tireless dedication and I will miss working with her every day as she begins the next season of her life.  One of the first things she told me right after I was hired was that she has been praying for her replacement for over a year and a half. It is such an honor and a blessing to be prayed for in this way.

Around the time that Joyce started praying for her replacement I was living in central Oregon. My husband Aaron was on staff as the Discipleship Pastor at our church. Both of us had spent the majority of our four-year marriage at the time, either on staff or heavily involved in the life and growth of the community there. Our daughter Penelope was a spirited and fearless two-year-old who never met a stranger. And I was pregnant with our second child. At my twenty-week anatomy scan, we learned two things; that he was a boy and that he had some life-threatening health issues. The doctor offered to either terminate the pregnancy that day or to refer us to a maternal-fetal specialist in Portland who might be able to give us more information about the baby’s condition.  In the car on the way to get a second opinion, we cried and thanked God for our son. We specifically thanked God for the aspects of our son that the doctors told us were inadequate and wouldn't sustain a life they considered worth living if at all. It was a moment when we had to verbalize that “fearfully and wonderfully made” still applied to him. God gave us our son for an indeterminate amount of time to love and cherish. We wanted people to pray for him by name for as long as possible so we decided to call him Arthur Michael.

In Portland, we got some clarity on the severity of Arthur’s condition. He had some kind of urinary tract blockage that made him retain fluid in his abdomen that would severely damage his kidneys and cause his lungs to not develop. If he survived birth, he would most likely need dialysis or a kidney transplant right away. The best doctors at the children’s hospital in Portland said that if he survived birth, he would have a 40% chance of seeing his 2nd birthday. However, they said that we could move close to a better children’s hospital and have the possibility of some better outcomes.  In looking across the country for the best children’s hospitals that had everything that Arthur needed for hopefully the first few years of his life, the Lord directed us to Cincinnati. Over the span of eight weeks, we packed up all of our stuff (including our cat, Burt), placed an offer on a house in West Price Hill, and drove across the country in early January of 2019. Trusting God during those weeks did not feel natural and it wasn’t consistent. I moved across the country with the hope that Arthur would have better outcomes but I was afraid to buy him baby clothes. God was kind to me to give me more of himself through his word, the encouragement of friends and family, and through his church.

Shortly after we arrived in Cincinnati, God provided Bible Chapel of Delhi Hills to come around us and support us immediately. It was a huge blessing because seven weeks after driving over the I-75 bridge for the first time, Arthur arrived.  He was born at UC Med Center with his cord wrapped around his neck twice and he wasn’t breathing. After what felt like the longest few minutes of my life the doctors got him to breath and stabilized him. Under the watchful eye of Aaron, who transitioned seamlessly from labor coach to a patient advocate taking copious notes on creatinine levels and researching vesicouretic reflux, Arthur was transported to the NICU at Cincinnati Children’s Hospital. Over the next month, specialist after specialist came to his bedside and marveled at how great his lungs looked, how fantastic his bladder was functioning, and that his kidneys worked moderately well for a baby with his condition. Arthur has spent quite a bit of time in the hospital. He has had multiple surgeries and trips to the PICU. Currently at nineteen months, he is developmentally delayed and almost completely tube fed. His official diagnosis is Prune Belly Syndrome which caused pulmonary hypoplasia, chronic kidney disease, obstructive sleep apnea, and a laundry list of more minor medical problems. However, looking at him you would hardly be able to tell. The Lord gave us Arthur as a beautiful, smiling, odd-defying, gift just like his sister. Arthur has provided us countless opportunities to trust God even when trusting God is a terrifying thought because the outcomes are devastating and seem hopeless. Two years ago, I couldn’t have imagined that Penelope (now almost four-year-old) and Arthur would get the chance to play together or that Arthur would have the physical capability to dump out the cat’s food on the floor. God has proven his faithfulness to anchor me in him, regardless of what the circumstances might be at the time and oftentimes in spite of my fear and unbelief.

“When you pass through the waters, I will be with you;

and through the rivers, they shall not overwhelm you;

when you walk through fire you shall not be burned,

and the flame shall not consume you.”

What I had no idea of during Arthur’s first year of life was that Joyce Troescher was faithfully praying for me. She didn’t know all the details and had no idea of who I was; but she prayed and I desperately needed it. This year has brought uncertainty, discomfort, and loss for all of us in different ways. When we pray for one another it reflects the selfless service of Jesus to our family in Christ. And our prayers often times have a return on investment that far exceeds our imagination. 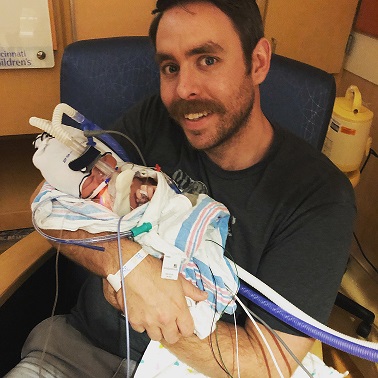 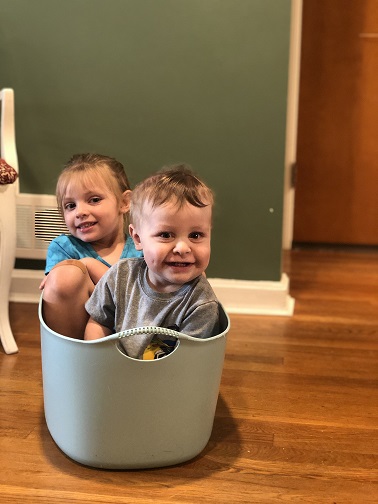 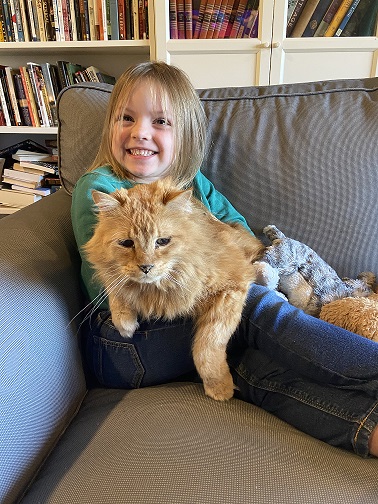 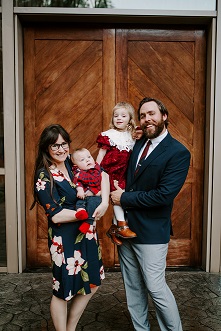 Christy,
Your testimony brought to my mine Jeremiah 29:11 and following. I am so, so grateful God brought you to ECC as church administrator.

Thank you for sharing your story of God’s Grace and sovereignty. I am in awe of you trusted God and he lead the way. May God Bless your family. In Christ, Linda

What an amazing testimony!! What a mighty God we serve. He is the God Of Miracles. We are blessed to have you here and will pray for Arthur and for all of you.

Thank you, Christy for sharing your journey with our church family. You journey fills me with awe for your trust and God's mercy. To see Arthur at birth and later at age two with His sister is a blessing and a delight. May our Lord continue to watch over your family, bless all of you, keep you in His care and provide all that you need as He is busy at work i your lives.

Thanks so much for sharing your journey with us. We welcome you and your family, and we look forward to meeting the rest of the Yankey's! God bless you in Cincinnati, where"normal" people live

Praising God for His marvelous deeds! Looking forward to meeting you and your family!

Christy: I read your story with tears in my eyes...not tears of sadness but tears of joy as for what our God can do. Since working with you, I knew most of the story but it was so inspiring to read it again. I know I, and all of ECC, will welcome you and your family.

- What an amazing testimony of faith! God is asking a lot of you and we will be partnering with your church to pray for Arthur and the family as you (and we) continue to grow in faith and trust. We are grateful that God has brought you to us. ❤️

You have had quite a journey! Thank you for sharing your difficulties as well as incredible answers to prayer.

Welcome! Thank you for sharing your story. It is truly a testimony of faith which is encouraging to me and others. Isaiah 43:2 is a verse I have also found to keep me grounded in my faith when going through difficult times.

Thank you Yankey's. What an awesome testimony to God's faithfulness. Thanks for sharing your joy and pain. We look forward to meeting the whole family.

Wow!
Wow!
Wow!
Thank you so very much for sharing Christy!!
Welcome!